Difference between Abstract and Interface

Interface :
An interface is an empty shell. There are only the signatures of the methods, which implies that the methods do not have a body. The interface can't do anything. It's just a pattern.

In X++ an interface is a specification for a set of public instance methods. To create an interface, you begin by using the AOT to create a class. You edit the code of its classDeclaration node to replace the keyword class with the keyword interface. Then you add methods to the interface just as you would for a class, except no code is allowed inside the method bodies.


The purpose of interfaces is to define and enforce similarities between unrelated classes without having to artificially derive one class from the other.
Implements and extends
You can add the implements keyword on a class declaration, and this requires the class to declare the methods that are specified by the interface. A class declaration can implement multiple interfaces by listing them after the single occurrence of the implements keyword, with commas separating the interface names.

Implementing an interface consumes very little CPU, because it's not a class, just a bunch of names, and therefore there isn't any expensive look-up to do. It's great when it matters, such as in embedded devices. 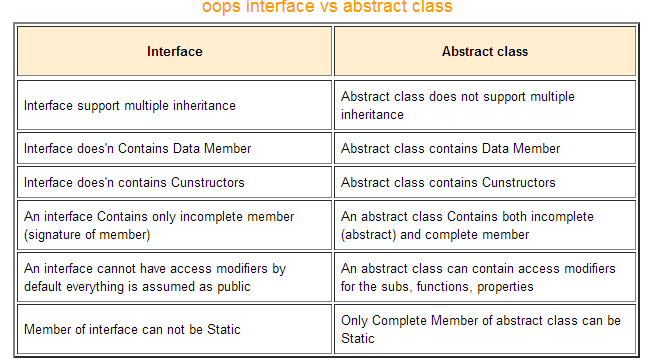 Email ThisBlogThis!Share to TwitterShare to FacebookShare to Pinterest
Labels: Difference between Abstract and Interface